After tremendous success at the World Beer Awards, the non-stop trend continues for the Bavarian State Brewery Weihenstephan, with the Weizenbock Vitus bringing home a silver medal from the renowned “European Beer Star“ (EBS) competition. 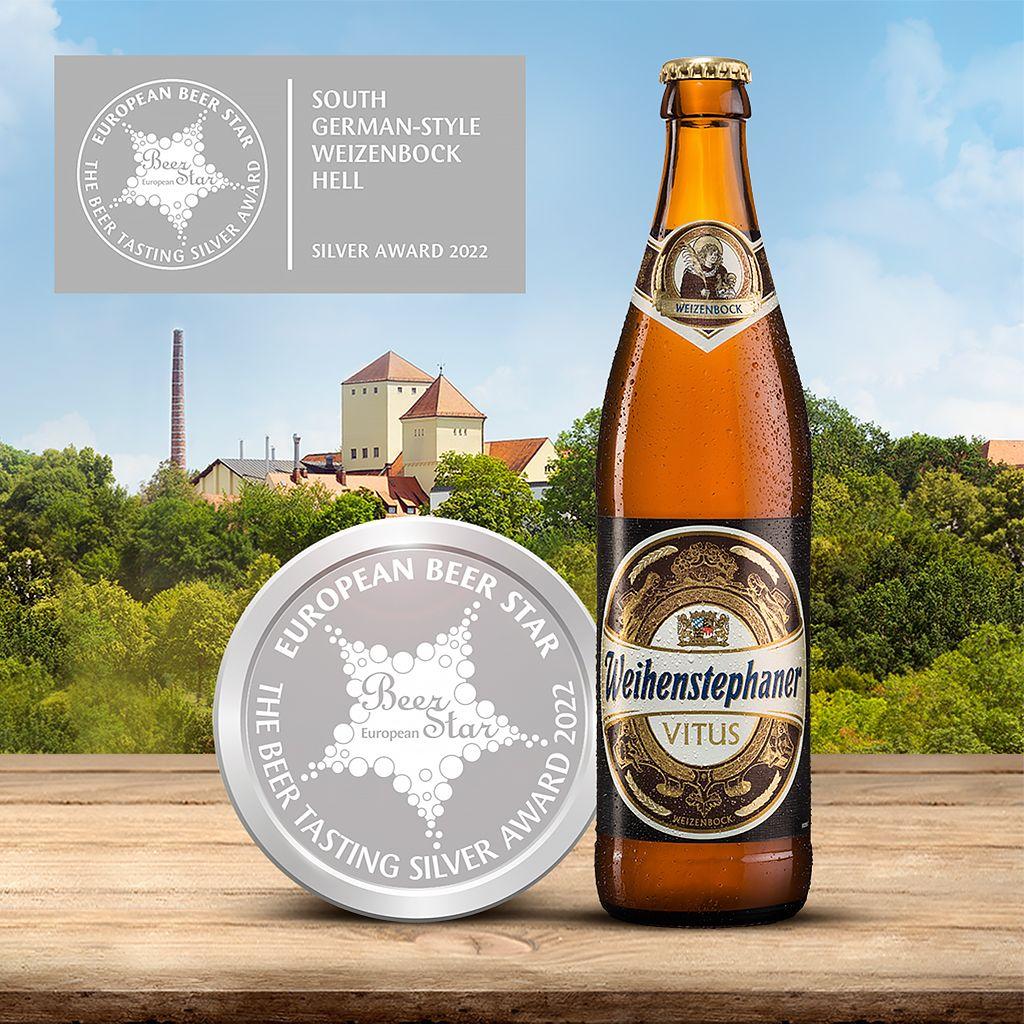 The competition varied greatly: 2,168 beers from 40 countries battled for the coveted medals at the European Beer Star. And that´s not all – a glance to the panel of tasters shows just how prestigious this prize is. Almost 140 tasters from across the globe – consisting of brewmasters, specialist journalists, beer sommeliers and other experts – tested and put the beers that had been submitted through their paces. At the EBS, the beers are judged solely on the basis of sensory criteria: appearance, aroma and taste. Prizes are awarded according to the Olympic principle: There is only one gold, silver and bronze medal per category.

So, the elation was all the greater when the Weizenbock Vitus was able to win silver. The prizes were awarded at the drinktec in Munich on 14 September. The Weihenstephan Vitus convinced the jury with its fine aromas of banana and cloves, its fruitiness and its extremely high drinkability for a Weizenbock.

Prof. Dr. Josef Schrädler, Director of the Bavarian State Brewery Weihenstephan: “Our Vitus has been known worldwide as one of the best beers for years. Its continued success at the European Beer Star is proof once again.“

Technical Director Tobias Zollo added: “It is always an immense pleasure to receive an award for one of our beers. Our Vitus is for sure one of our most complex beers. This is why we are especially delighted that our work is appreciated to such an extent worldwide.“