A sad day for the entire brewing world: Prof. Ludwig Narziß died on 29 November 2022 at the age 97. Narziß was the formative figure of brewing and beverage technology, known throughout the whole world as an expert in the brewing industry. 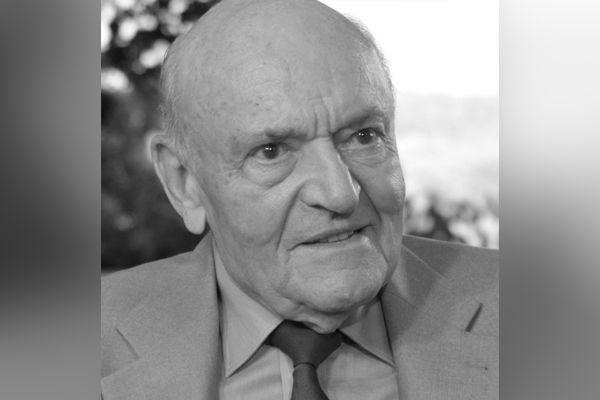 Prof. Ludwig Narziß was a true “Weihenstephaner“: he passed his degree here after his brewery apprenticeship and also completed his doctorate in 1956. After his time as brewmaster at Löwenbräu, he was appointed to the Chair of Brewery Technology I and took over management of the teaching and research brewery. Until 1992, Prof. Narziß was the man at the helm, researching the further development of brewing – teaching the craft of brewing to thousands and thousands of students. Even today, many young people benefit from his works, which are held as standard works in brewing and beverage technology.

His professional expertise was more than appreciated by the Bavarian State Brewery Weihenstephan. Not only was great value placed here on his opinion on new beers – he was also a very welcome conversation partner at the table in the Bräustüberl. In every exchange, Prof. Narziß provided a different perspective, a further idea, a new approach: the fire for brewing was still burning in him until the very last moment. A characteristic that everyone appreciates to this day and that proved infectious to all his students.

Alongside all his professional expertise, it must never go unmentioned that with Prof. Narziß we lost a fine person. Never at a loss for a joke, always a smile on his lips – and above all he always had an open ear for every generation. Regardless of whether you were a young student or an experienced brewer: no question was left unanswered, Prof. Narziß always made time for you. He usually finished his meals in the Bräustüberl with a sip from his favorite beer, the Pils – and in the next days, people will be raising a toast to his memory and legacy everywhere in the brewing world.

Prof. Dr. Josef Schrädler, Director of the Bavarian State Brewery Weihenstephan explained on Wednesday: ”For me, Prof. Narziß was always an important dialog partner and advisor in strategic questions.“ But not only that: “I looked forward to every beer tasting with him – he was just an extremely likeable person.“

And Tobias Zollo, Technical Director and First Brewmaster can only confirm this: “Prof. Narziß treated everyone with respect, he was a true brewer.“ For Zollo and the brewmaster team, the many discussions they had with him on the last product developments about three years ago were especially valuable. Passing on knowledge – that was Prof. Narziß‘ mission in life. And he fulfilled this mission brilliantly.

Weihenstephan defies the odds and keeps investing: "2022 was a record year"