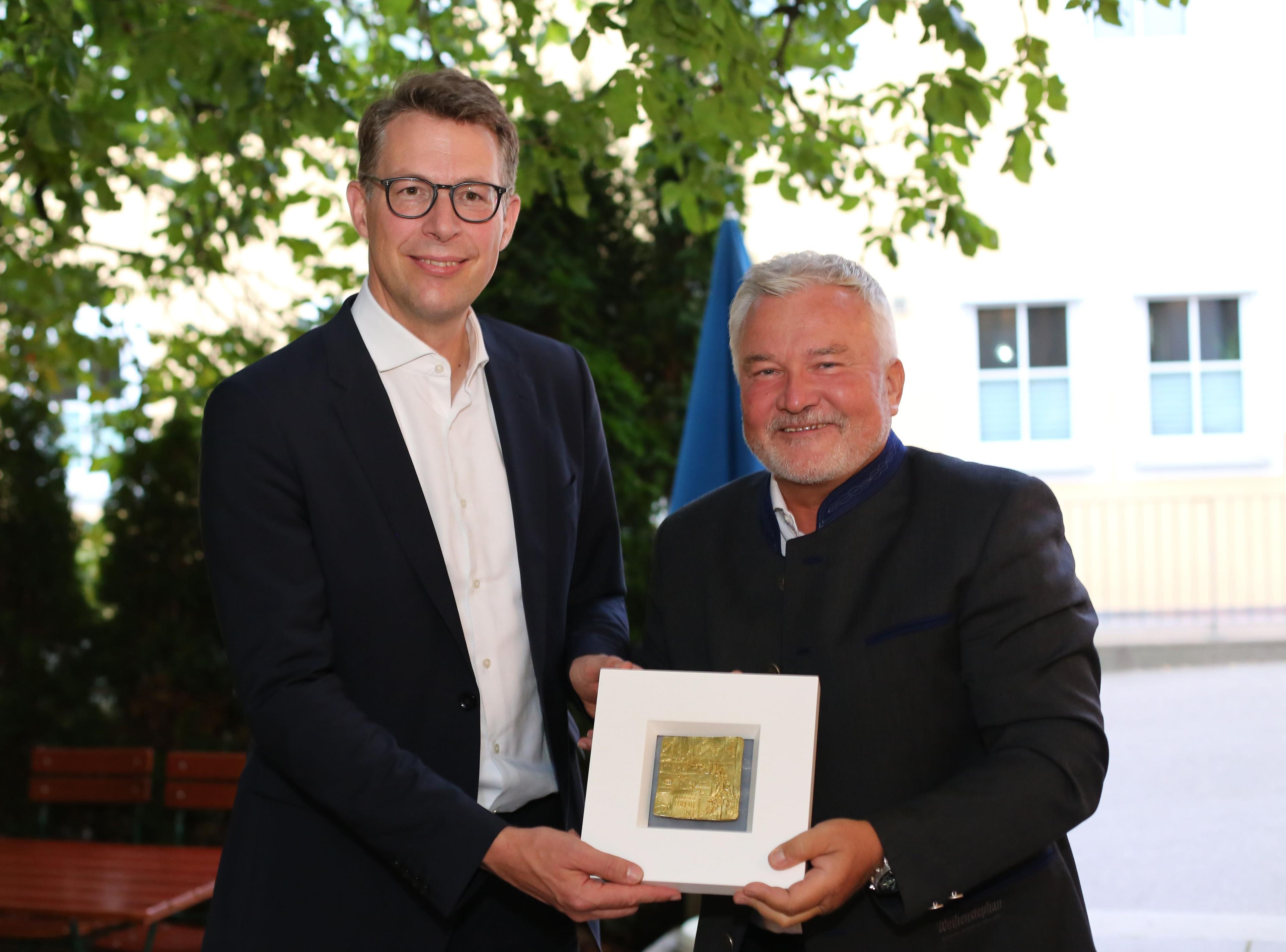 Minister for Science and Art, Markus Blume: “As director of the world´s oldest brewery, you have been rendering outstanding services to a piece of Bavarian lifestyle with global cult status for more than 20 years. You have been able to successfully combine an almost 1000-year Weihenstephan tradition with state-of-the-art science. Under your leadership, Weihenstephan has achieved a select blend of traditional brewing methods, innovative food science and excellent business results. This bestows on the State Brewery Weihenstephan its unmistakable identity and gives its beers cult status worldwide!“

Since the year 2000, Prof. Dr. Josef Schrädler has been director of the Bavarian State Brewery Weihenstephan, which was founded as a monastery brewery in 1040. After studying business administration at the Ludwig Maximilian University Munich (LMU), his professional career led him to the Freising district of Weihenstephan. Subsequent to working as a freelancer for the consultancy company Unternehmensberatung Weihenstephan GmbH, he became authorized signatory there in 1998. Prior to this, Schrädler had completed his doctoral studies at the LMU Chair for Business Administration for the Brewing and Food Industries. He has also lectured business administration for the beverage industry at the Technical University of Munich since 2000.

As director of the State Brewery Weihenstephan, Schrädler put the brewery on an economically secure footing as a modern, efficient and crisis-proof company, anchoring its beers in the premium segment. Schrädler is also a proven expert in effective marketing. A true glamour coup: Thanks to his excellent contact to Prince Albert of Monaco there was an Oktoberfest in front of the world-famous casino in Monte Carlo for years. Even if Weihenstephan beer is unlikely to have won through permanently against champagne in Monaco – the Oktoberfest certainly brought a glittering presence with celebrities.

Since the year 2000, the State Ministry for Science and Art has been awarding the PRO MERITIS SCIENTIAE ET LITTERARUM Award to outstanding personalities for their services to science and art, since 2008 in the form of a bronze relief. The aim of the award is, in addition to honoring these personalities, to understand culture as a unity. Science and art should be perceived as two sides of the same coin. As a rule, no more than eight awards are given per year.