What would Hefeweizen be without its foamy crown? The taste would probably still be pretty good, but something would just be missing. Ah the mere sight of it coming to the table on the server’s tray...but I digress! 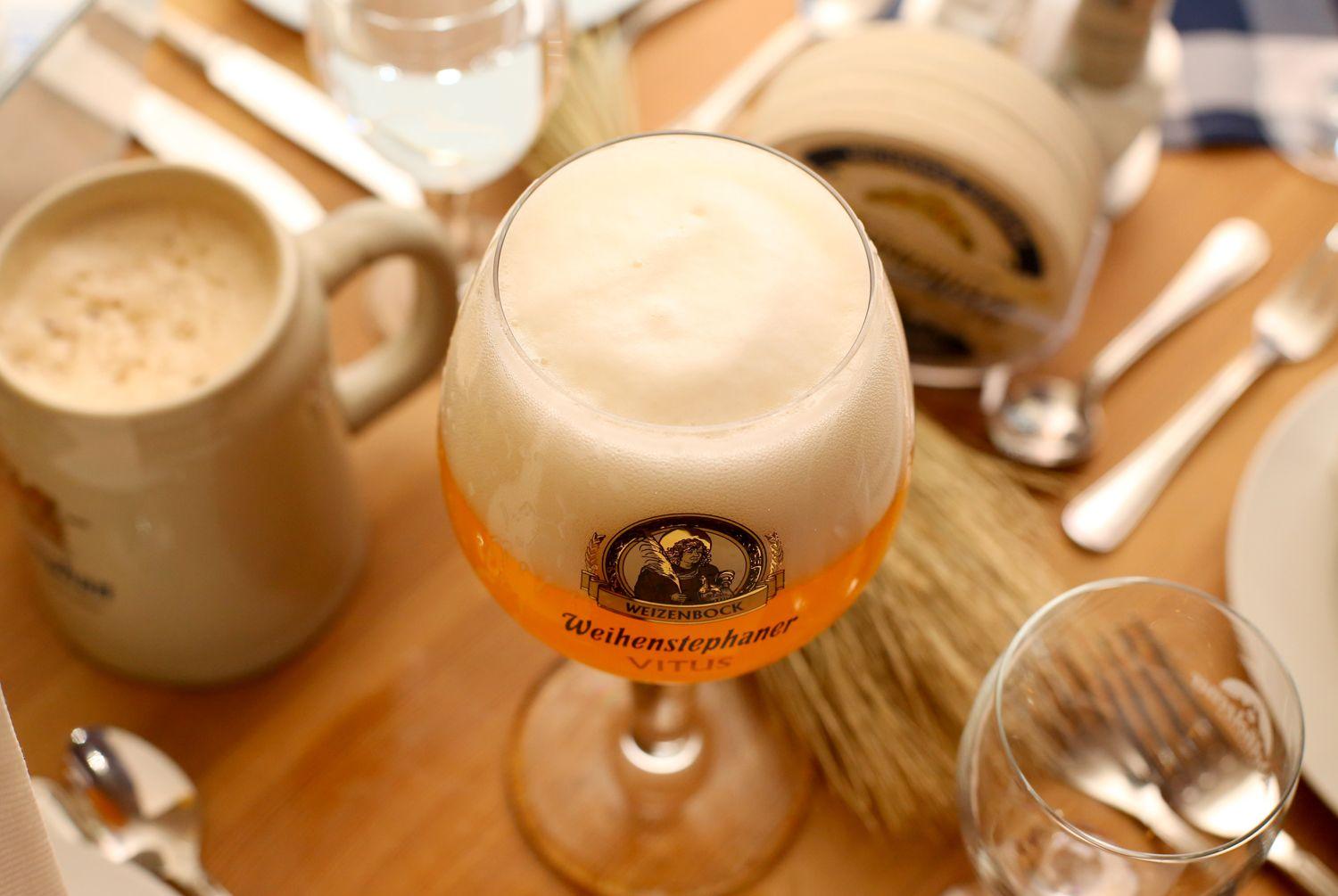 The beer’s head is deeply rooted in German tradition. Of course people do things differently in different countries, but German beer without a head is like soccer without a ball: a contradiction in terms! Yes it has visual appeal – but there’s more: at a glance the head tells you a lot about the quality of the beer and especially the glass. If you are served a beer without a head, that could be the first clue that it was poured a while ago and has been standing on the bar – or that the glass is not clean, since fat is foam’s worst enemy! That’s why the head won’t last long in a greasy glass.

How does the head get on the beer anyway? Foam is formed through contact with air and by tiny bubbles of carbon dioxide as they travel up through the liquid. Proteins dissolved in the malt then provide stability. As we mentioned above, the glass then plays a critical role since, no matter how well the beer is brewed, it’s all for naught if the glass doesn’t play its part.

Of course some beer is served without a head – for instance in England, where it’s common to skim off the foam. Just try that with a Hefeweizen in Bavaria sometime and see what reaction you get. Note: we recommend maintaining a clear line of sight to the exit and making a quick dash for it....

Dr. Know: What’s spent grain? And what do you do with it?

Dr. Know: Why are hops in beer?

Dr. Know: Why are most beer bottles brown?